In an effort to cross analyze various sources regarding North and South Korean statistics, I began constructing a booklet regarding their comparisons, where I pinpoint several interesting similarities and contrasts that can help supplement a foundation for my narrative and thesis statement. 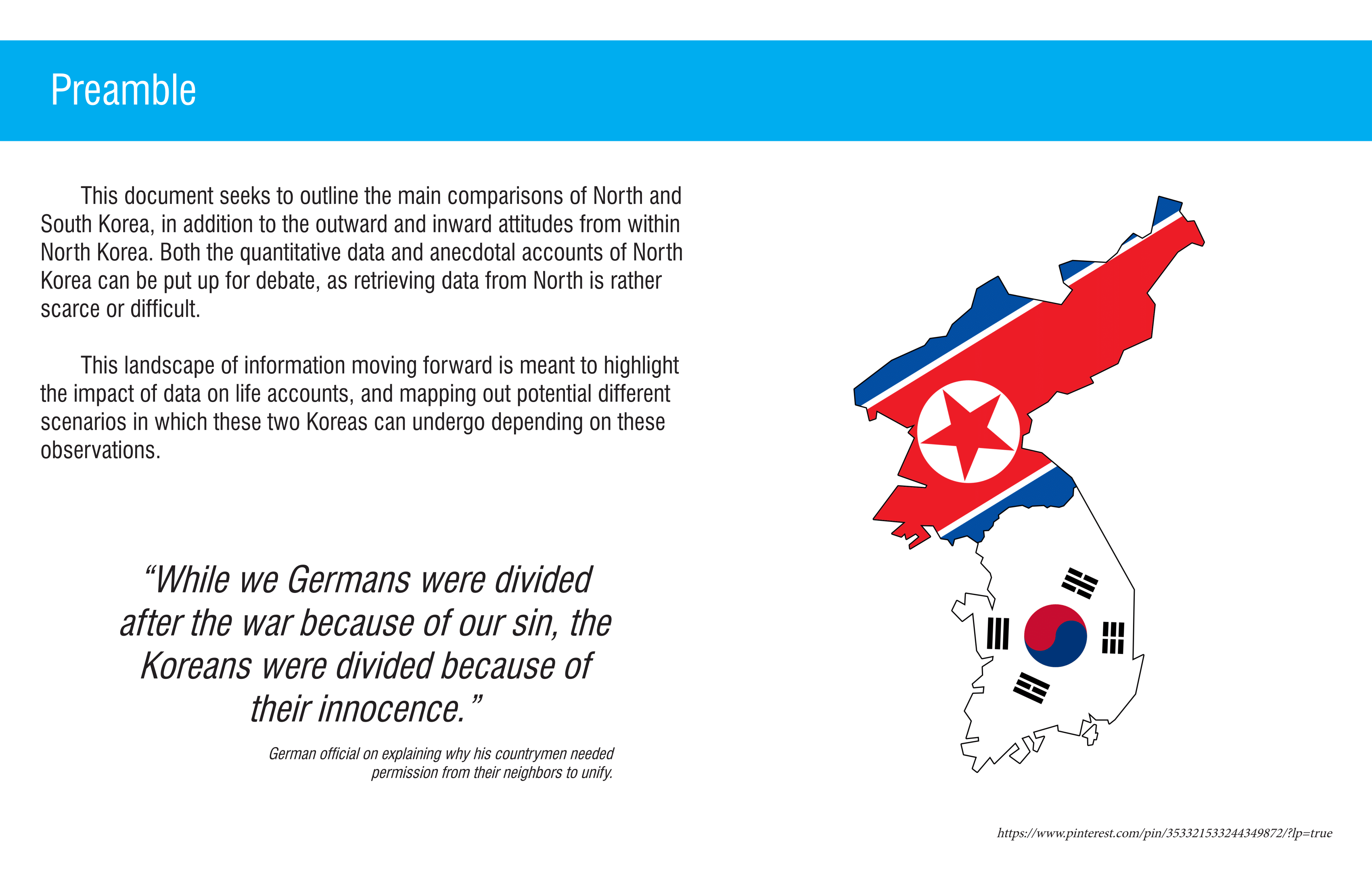 This page briefly discusses my introduction to the research, and goes over any warnings or disclaimers that I have such as highlighting the inaccuracy of some of the North Korean data, due to the difficulty of finding this data, in addition to some of the data being outdated. 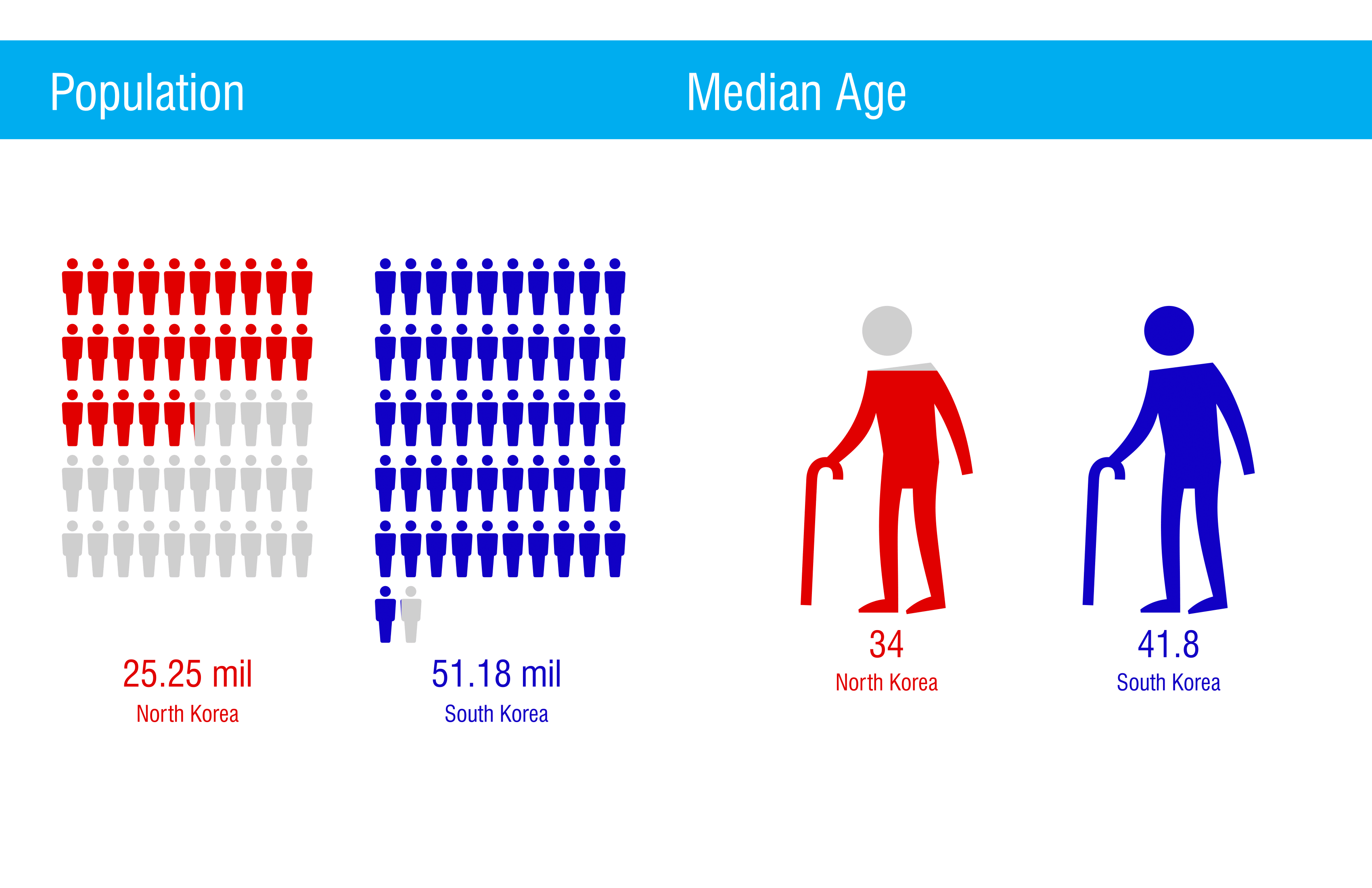 North Korea has about half of the total population of South Korea. Despite an increase in population for both North and South Korea, they are maintaining this ratio. For median age, North Korea’s lower median age may be due to the lower standard of living that is implied from several readings, but is only speculated. Different anecdotal accounts will say different things, resulting in propaganda from both inside North Korea and the outside world trying to look inwards into North Korea. 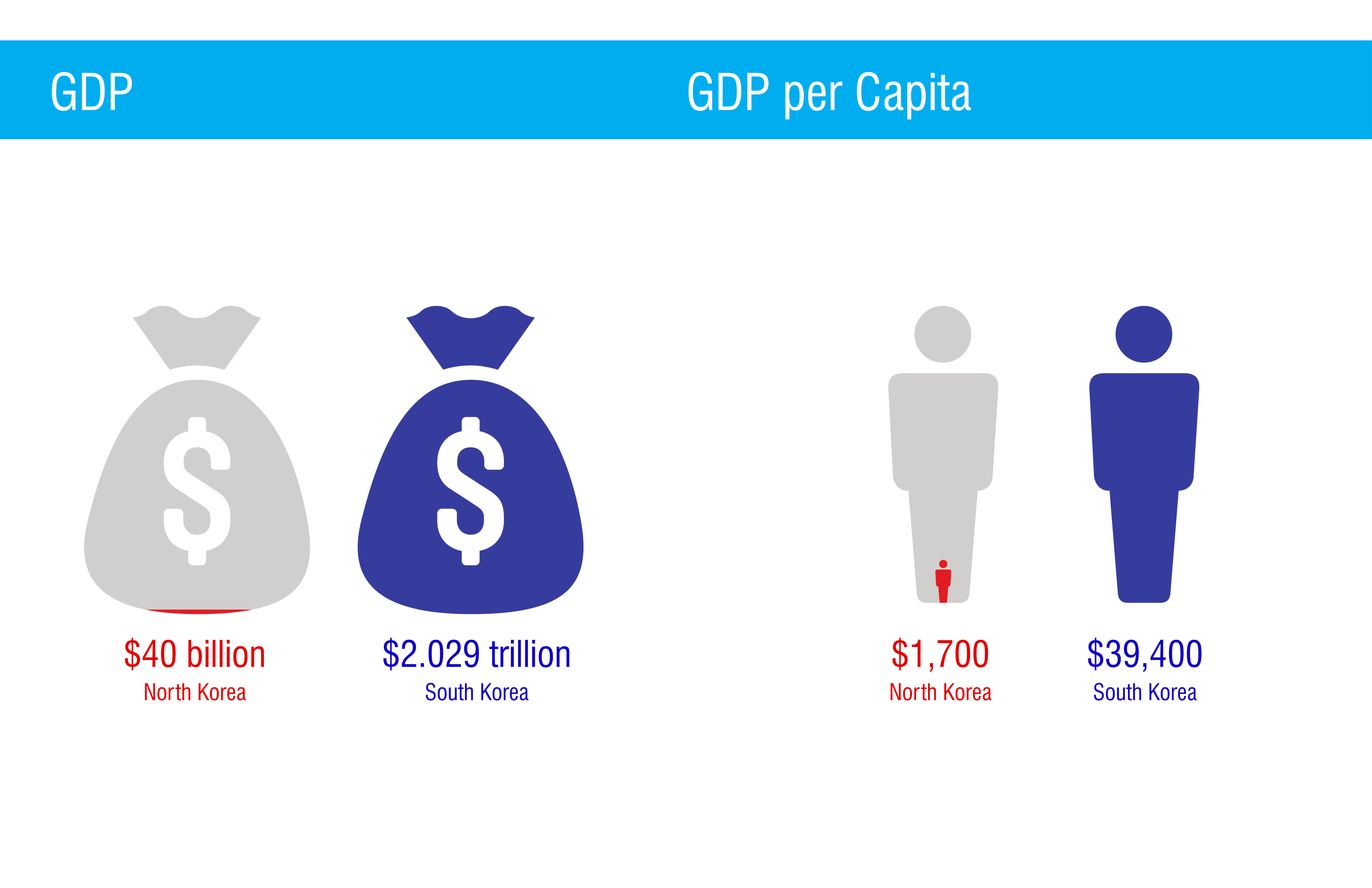 This is pretty self-explanatory, with North Korea struggling to catch up to the level of economic growth on the South Korean side. This leads to a lower average income for the average citizen in North Korea in comparison to South Korea. Proposals for what North Korea can do will be expressed in the next few slides. 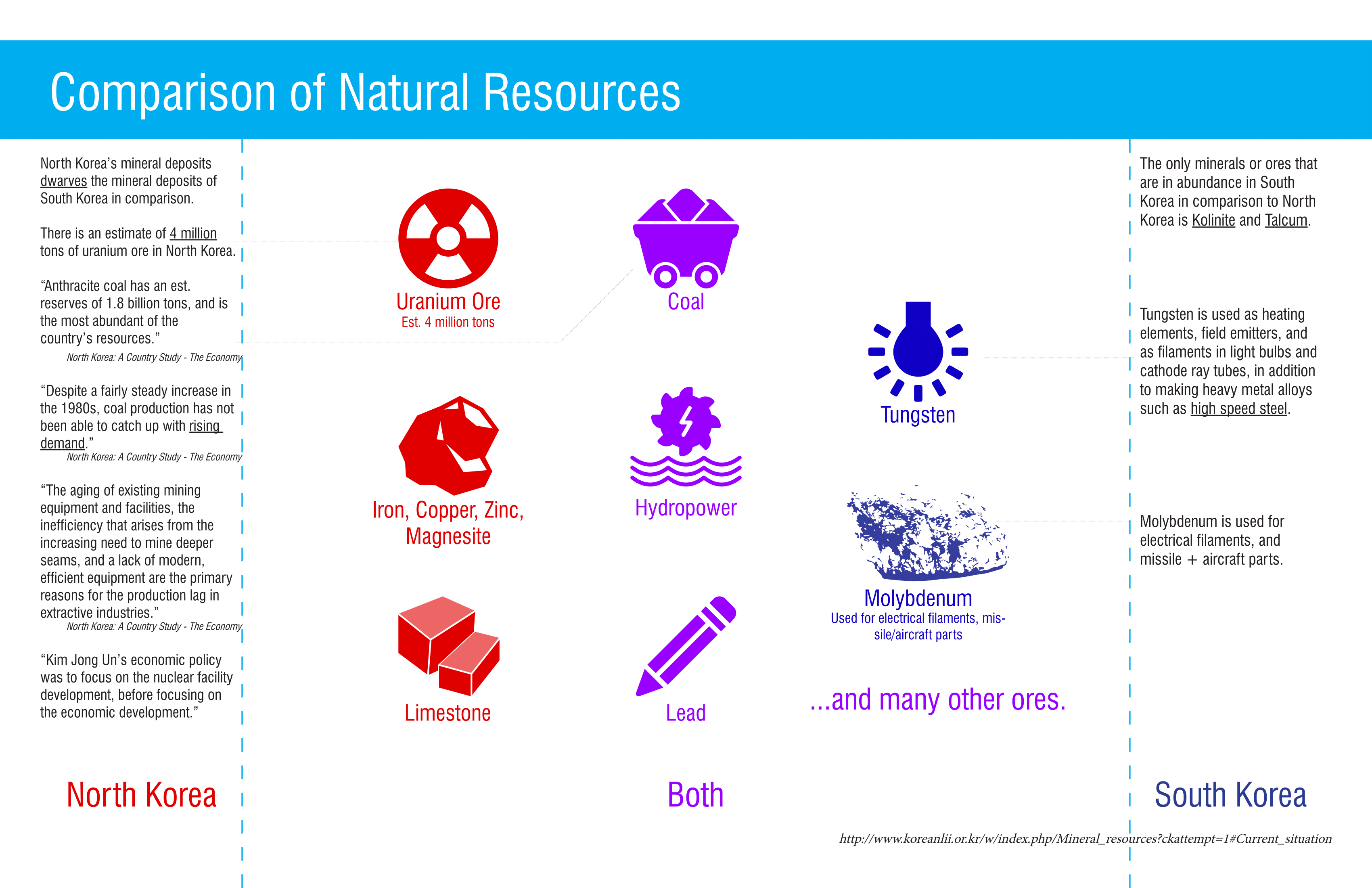 This page shows a visual representation of which minerals and natural resources are present in North and South Korea. These visual symbols are supplemented by relevant quotes and descriptions that tie back to their respective economic situations. 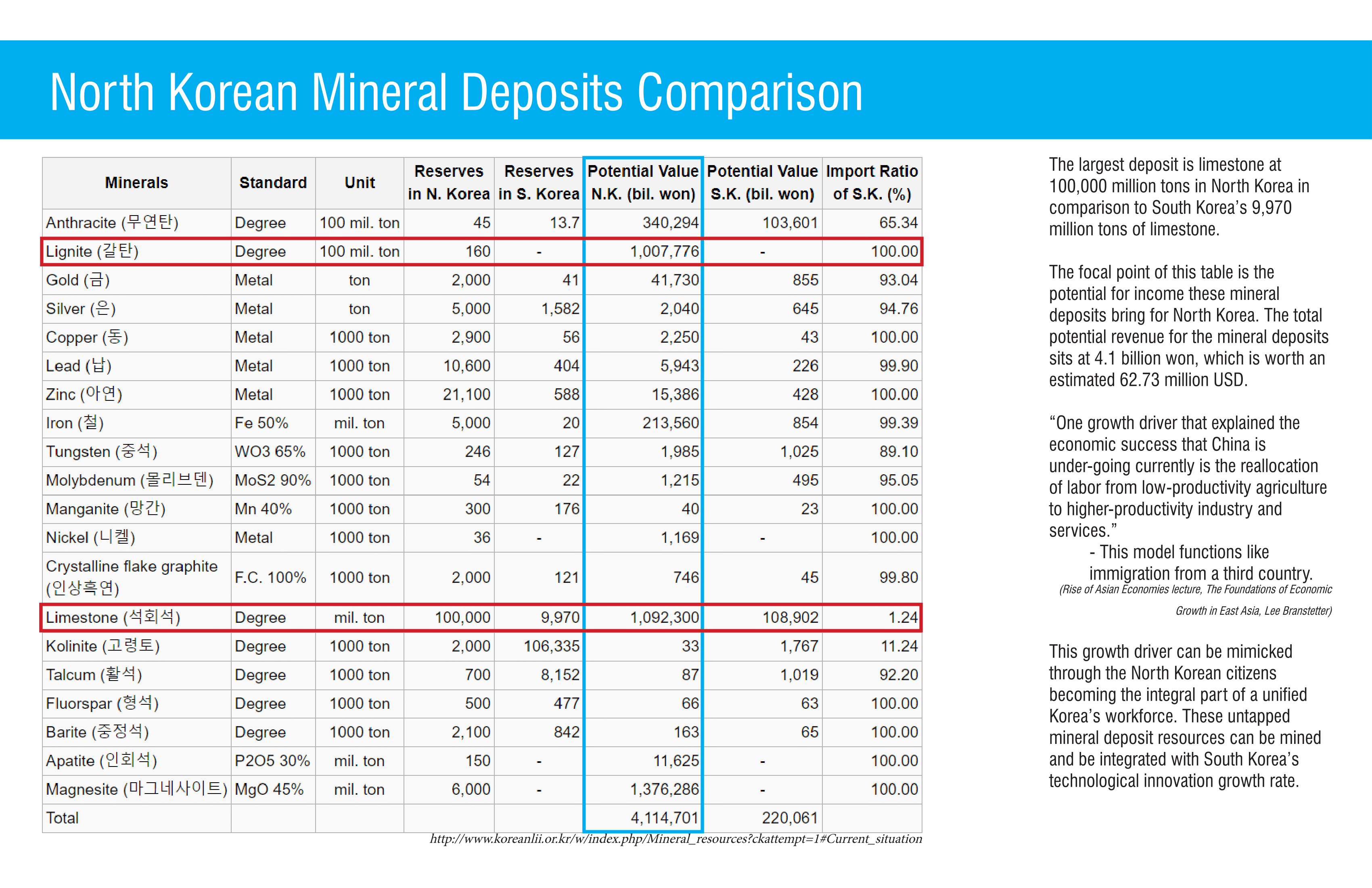 This page shows the potential revenue that North Korea has that haven’t been mined yet. They have a decent amount of raw mineral deposits that can bring them economic growth, if only utilized correctly. Similar to how China’s economic growth increased when lesser-productive group of workers moves to higher-productivity industry and services, North Korea can be used for that model as that growth driver for inter-Korean economic success. 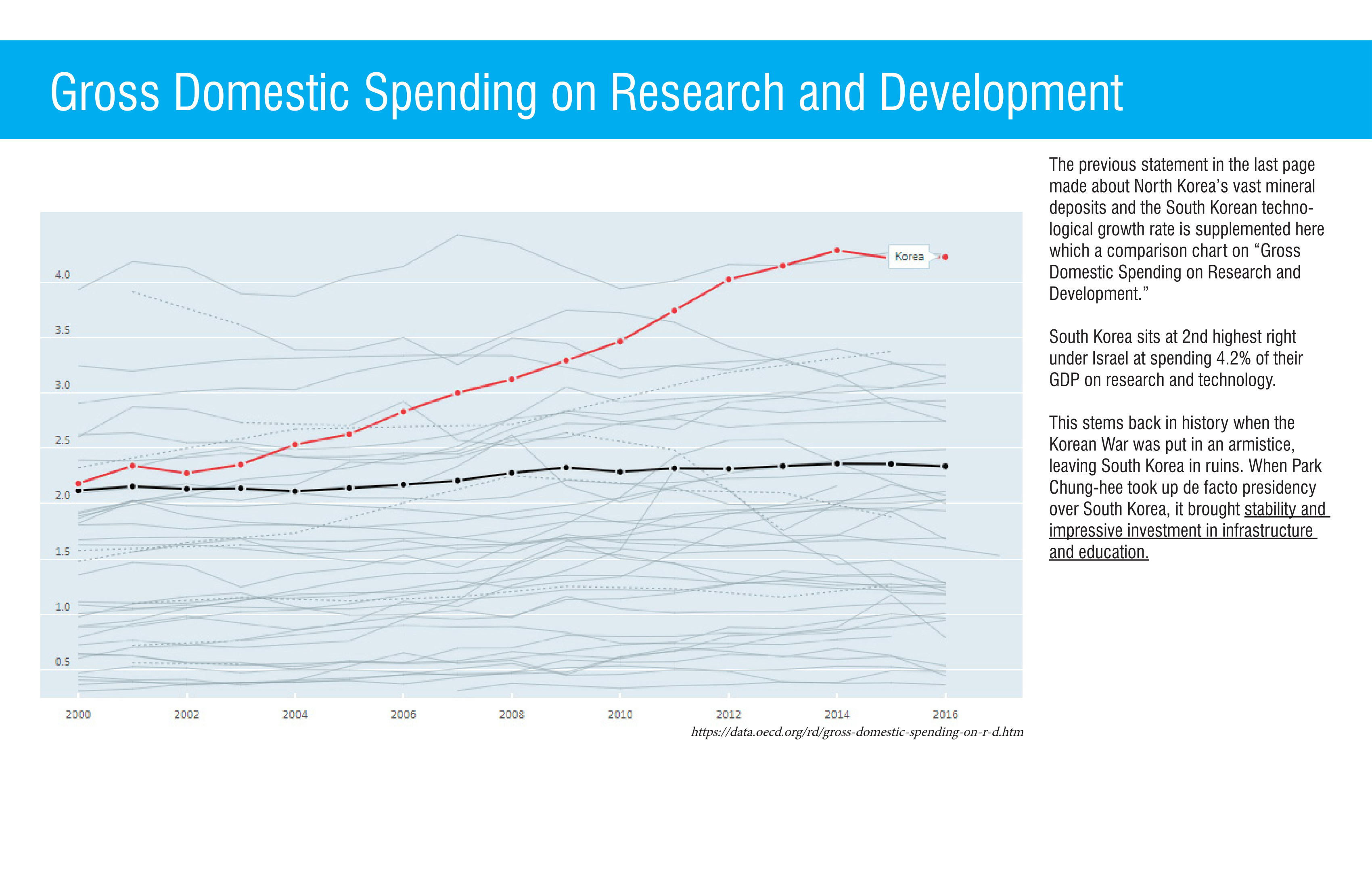 This page is more of a reference to why South Korea’s economic development has been successful due to their large investment on gross domestic spending on research and development.

Stay tuned for the other two parts of the booklet!