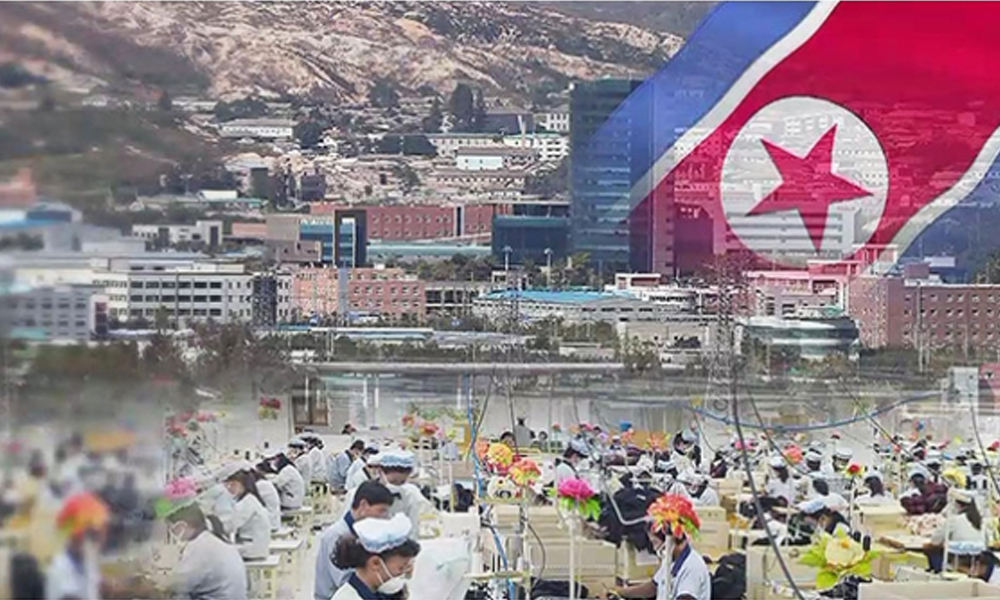 Every time I include Korean translation in my posts, I use a translator. But sometimes, people leave comments saying that trying to read the translation is very uncomfortable or even confusing. Therefore, I am looking to write all of my posts by hand without the full use of a translator. If there’s anything that needs fixing, please let me know in the comments!

One of my biggest flaws from my thesis presentation was that I did not who enough concrete data and evidence that can begin to tease out important implications. I focused more on symbolic visionary statements to supplement the overall picture of my proposal. After designating my current iteration to the site of the outskirts of the Gaesong Industrial District, I did more research on the demographics of the district, and what implications I can make, in addition to relevant events in context that I can relate back to these statistics.

All data that is shown can be found on the Ministry of Unification website here.

Comparison of Gaesong’s # of Companies vs. Revenue Earned / 회상 숫자의 vs. 얻은 수익 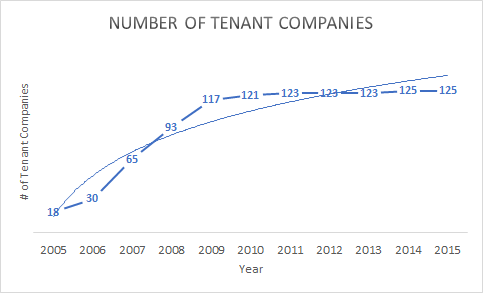 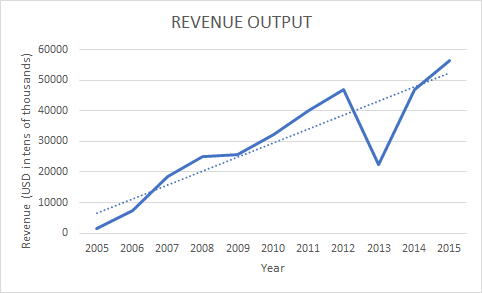 An interesting thing to note is that around 2009, the rate of increase in number of companies stagnated greatly, which might be caused by increasing tensions between North and South Korea at the time.

Inter-Korean relations continued to deteriorate in early 2009, with North Korea declaring all past inter-Korean agreements nullified and the Lee administration condemning nuclear and missile tests by the North. However, Lee did not close the KIC despite the worsening atmosphere between the two Koreas, seeing the KIC as “one conduit for us to keep that window of dialogue open.” – Daniel Wertz, NCNK source

Furthermore, the Cheonan sank on March 2009, which further caused tension, as South Korea believed that North Korea fired the torpedo that destroyed the ship, killing all 46 South Korean sailors on board. But with the trend-lines shown above, one can be optimistic that the number of companies would increase due to Moon Jae In’s efforts to cooperate with North Korea with inter-Korean economic cooperation. The increasing trend in revenue made from the complex shows that there are opportunities for further economic growth on Gaesong. 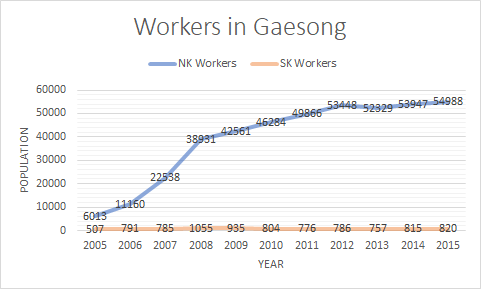 From the graph, it seems that the stagnation for North Korean workers happens around 2012, which is interesting if you consider the fact that Park Geun-Hye was elected president of South Korea. When she was elected,

…promising to strengthen the economy, modify the social safety net, and improve relations with North Korea. Park campaigned on taking a more pragmatic approach to North Korea, premised on building trust through renewed dialogue while responding forcefully to any new provocations. She also pledged to build a multilateral institution for regional cooperation, which would include North Korea. – Daniel Wertz, NCNK source

In addition to North Korea conducting their third nuclear test, they severed all kinds of communication, and essentially declared war, nullifying the armistice agreement, and withdrawing all 53,000 workers from the Gaesong Industrial Complex. This tension was eased later in the year, where talks started again, and sporadic events occurred that facilitated the inter-Korean cooperation process. 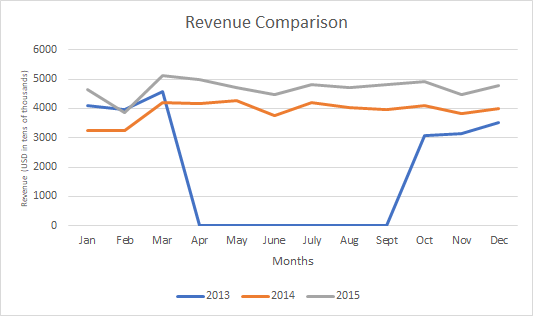 This graph is interesting as it shows the comparison of the production revenue of three very significant years in inter-Korean relation history. The time period of 2013 to 2015 is important because this was the time period where they were slowly mending inter-Korean relations, where:
* Families were reunited at Mt. Geumgang in February 2014, originally scheduled in September 2013.
* Several high-ranking DPRK officials briefly visited the closing ceremony of the Asian Games in November 2014.
* Introduction of the Trustpolitik policy, where there was an increased emphasis on unification as the central part of the policy beginning 2014.

There are several months of data missing, as production at the Gaesong Industrial Complex was suspended on April 9, 2013, and resumed through test operation on September 16, 2013 because of increasing tension between North and South Korea. The change in production % shows that there is a steady increase in production revenue, despite there being periods of high tension between North and South Korea.

Main implications point that there is an optimistic future for a unified Korea with their current economic progress, specifically in the Gaesong Industrial Complex. 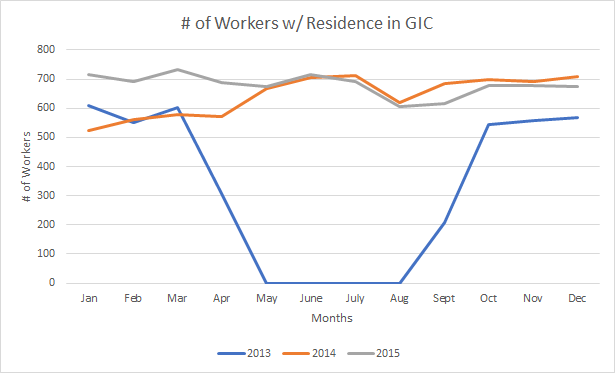 This graph shows the changes in trend for how many workers that live in the Gaesong Industrial Complex. There has been a sharp increase in inhabitants from 2013 to 2014, but there was a slight decrease in inhabitants from 2014 to 2015. The implications that I have for this data is more speculative, as I predict an increase in population as inter-Korean relations continue to improve with the lead of Moon Jae-In in comparison to their former president, Park Geun Hye.

If there are any other categories of data pertaining to the Gaesong Industrial Complex that should I look into and analyze, be sure to leave feedback in the comments below. Thank you for reading!