Hanok Houses: What are they?

A Hanok house is a kind of Korean traditional house, where they first conceived in the 14th century during the Joseon Dynasty. Korean architecture around the time of 30,000 BC to more recent history stresses where the house is located, and have extensive considerations for seasonal changes and the contents of the land itself. For example, the regions that would have colder temperatures would organize the numerous Hanok houses around a central town courtyard, in order to retain some of the heat, while the hotter climates would have more L-shaped houses.

These Hanok houses have been demolished in many places in South Korea in place for more modern styles, and apartments. Even though there have been demolitions, there has been a steady decrease for their utility and conceptual uses. But as of late, Hanok houses are being re-appreciated for their uses in natural healing, and environmental comfort. There are groups of people that want to move back into Hanok houses because of its ability to cure diseases such as asthma and atopy, which have more environmental causes. 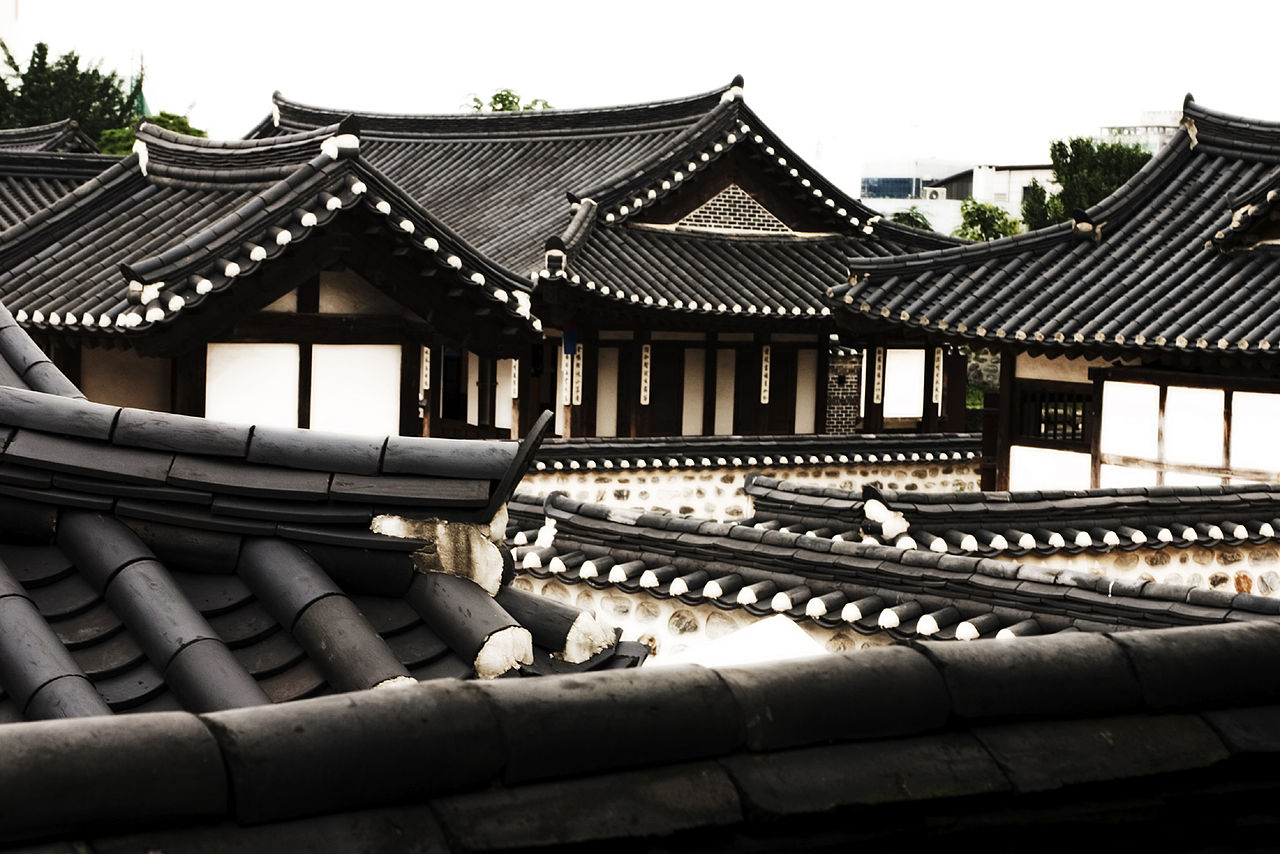 In North Korea, there are hanok houses that remained in the Kaesong district, and they are also being used as tourist attractions. 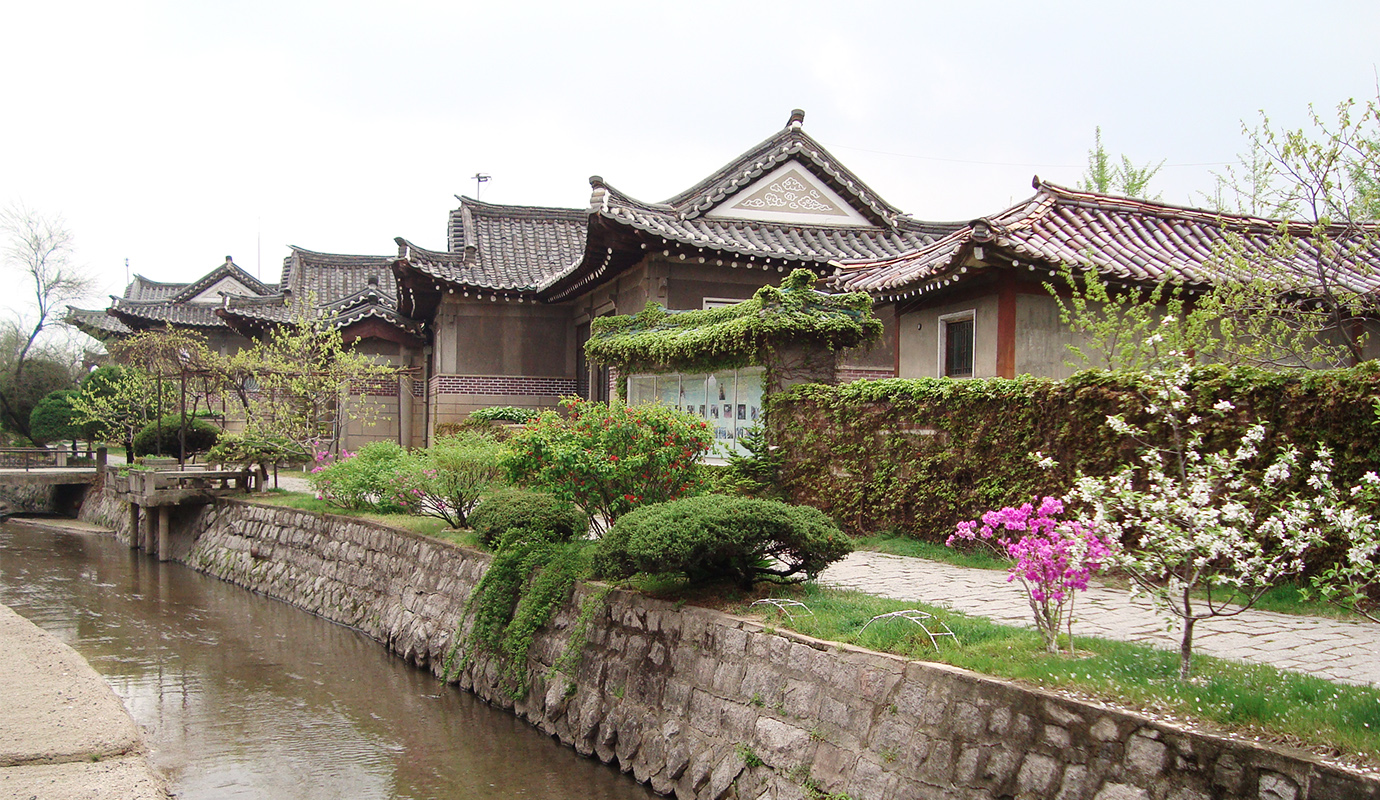 baesanimsu, or 배산임수, is the principle that the Hanok house typology that goes by the ideology that the ideal house is constructed with the mountain on the back, and the river being in the front. This is more commonly known as Feng Shui to most people. This dictates the placement of new villages, based on the existing mountain ranges and the flowing river systems. 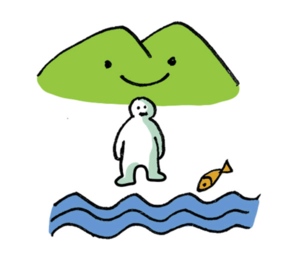 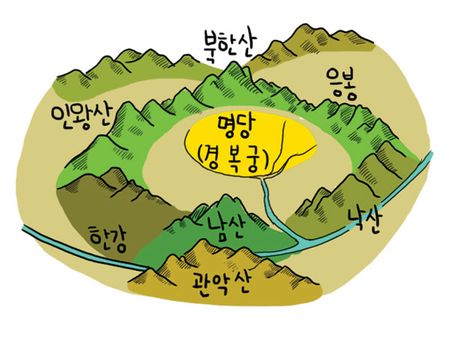 For example, this village layout plan of Andong Hahoe Village shows how the community of houses are formed between the roads that are created, along with the surrounding context of the environment. 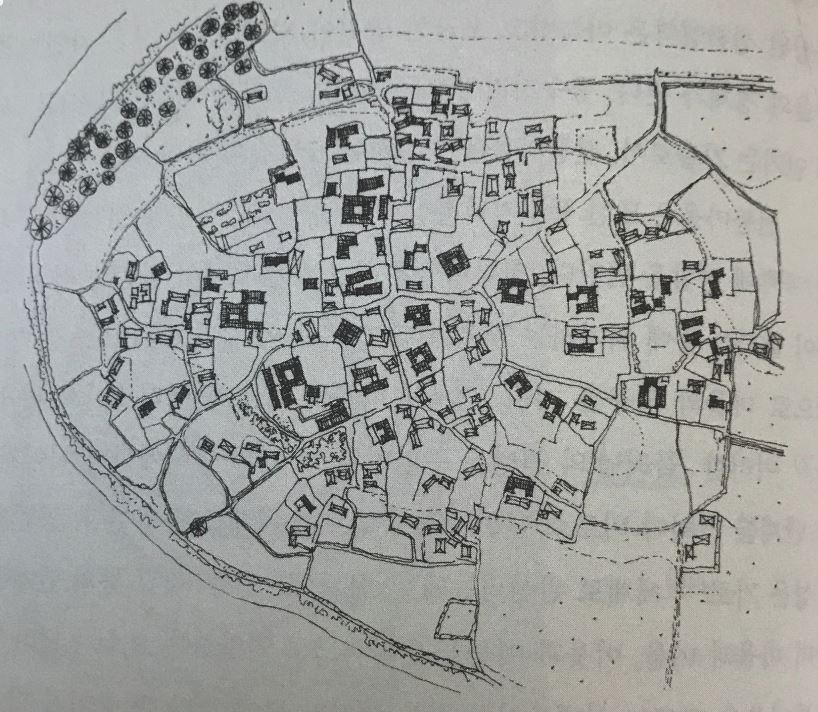 Implications to a Post-Reunification Development

In order to fully utilize the proposed decentralization system of interwoven fabric of both existing and new plots of land, I believe that the environmental context of mountain ranges and river flow should be heavily considered as a significant factor in housing development. In addition, the Hanok housing type is still very prominent in the Kaesong region, therefore should serve as an important factor in vernacular architecture that represents what Korea was before they were split apart into the North and South.

Furthermore, this would also combat the problem of cookie-cutter apartment buildings that are plaguing the South Korean urban landscape, as the concept of baesanimsu heavily takes into account the location, therefore no one Hanok house is the same, and using baesanimsu to position the house in harmony with the natural forces and geographical features of the site leads to each Hanok house having its own unique story to tell, and no two houses would be exactly the same.